Planet of the Apes. A franchise which dates back to the late 60’s, has accumulated 9 films ranging from remakes to prequels. I’m not going to discuss the inadequate trilogy of prequels which comes from our friends at LucasFilm, but instead the good, in places.

This series began in 2011 with Rise of the Planet of the Apes and went on to become Dawn and then War of the Planet of the Apes. These titles, although not the most catching, offer simplicity and a name we all know. The first (Rise) was a great opening staring none other than the highly regarded James Franco while the second (Dawn) offered a darker, sinister film with an ending similar to the fall of Mufasa from Lion King. Only, in this case, the king lives on for another film. However, the latest, and final installment (War) was highly contrasting and left me mildly disappointed.

From the very start, we have been on a journey with Caesar (Andy Serkis) who we have grown fond of. Caesar has spent a lot of his screen time behind bars in War of the Planet of the Apes making Caesar and his apes seem almost in a situation reminiscent to the horrific holocaust of WW2 – however there is dispute about whether or not this is the intended symbolism. 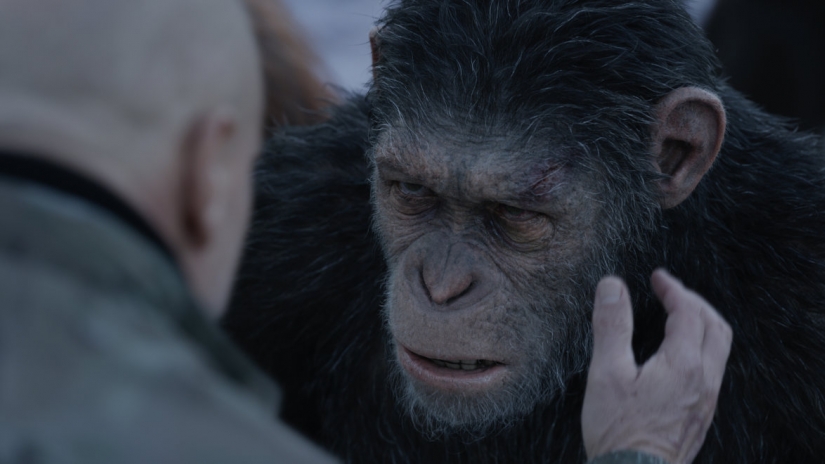 Caesar being locked up, eradicated excitement viewers had coming in to the film. After 25 minutes of the film, once Caesar had lost 2 members of his family and the main fight sequence had ended, the action and excitement seemingly ended. From this point on, American actor and playwright Woody Harrelson, is the leader of a regime which aims to enslave apes and make them work for very little food or water. This ran for about half of the film without a real need since it was clear Caesar, the main character, would not die in the prison.

After many long shots of Caesar’s battered body, the film became the first season of TV drama, Prison Break packed into the last 45 minutes of the film. Personally, I am a lover of prison break films and although War of the Planet of the Apes was not meant to be one, how it turned out was interesting to say the least.

One issue I have with the film is the unawareness and complete incompetence of guards, whom I should add are meant to be professionally trained. It does not take a professionally trained individual to notice a gaping hole in the ground or a strange ape in a bobble hat poking his peanut shaped head through the ground. These men found a tribe of apes but couldn’t see a hole in the floor.

The final thing I want to discuss in relation to this film is the deaths of it’s characters. We are seeing a lot of Gorilla discrimination throughout the film with the only 3 shown all being killed. Besides this, the death of Woody Harrelson was actually one I thought was done in a uniquely creative way demonstrating the final breaking point of humanity in the world of Apes.

Now, the death I have the biggest problem with is Caesar’s. During the course of Dawn of the Planet of the Apes, Caesar survives multiple gunshots, a very long fall and a fight with none other than the fierce Koba. This is why it disappointed me so much to see Caesar die because he was shot with a single wood arrow to his side. Of all the ways to kill off a super intelligent ape who had survived against all odds, it was with a simple arrow from a crossbow. Not a fight to the death with Donkey or Harrelson’s character but an arrow. 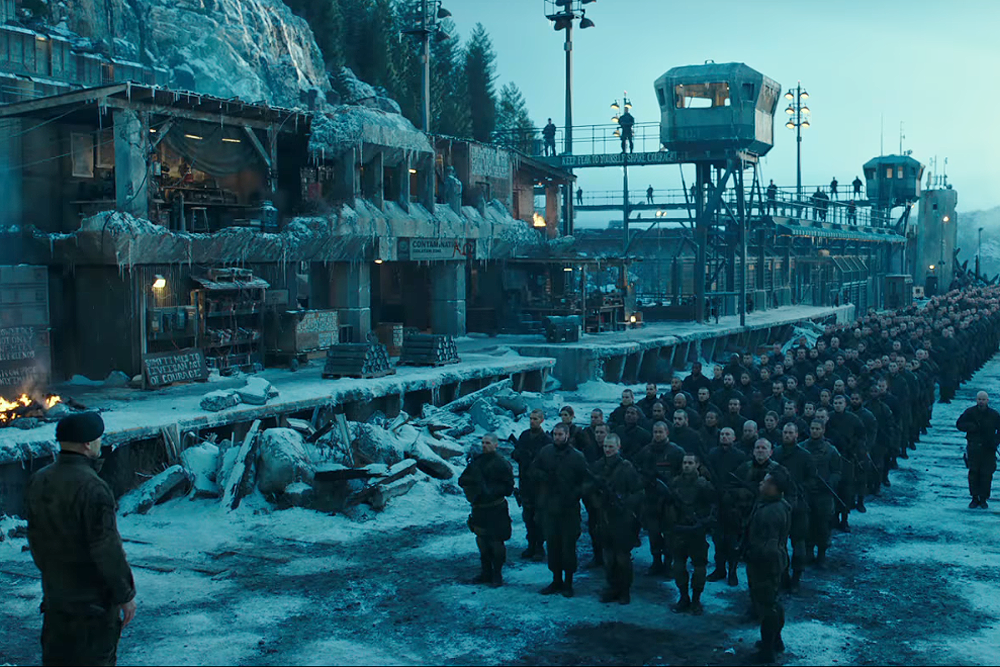 I hope now I’ve expressed enough, my frustration of the films ending. It was too weak for a hero of his strength and power, it is comparable to Darth Vader being killed by an Ewok’s slingshot. It is a frail way to go for such a beloved character.

The film itself really is not that bad with the addition of some comedic characters, a mute feminine Harrelson wishes to kill and a new Gorilla meets his fate soon after turning to the good side. If you take away the, what seems like a rushed ending and cut the film down in places, then I could certainly rate this film higher.

Due to a heavy bias stemming from enjoyment of the first two films and a high level of appreciation for the works of Andy Serkis and his talent, this film gains a slightly higher place than it should.