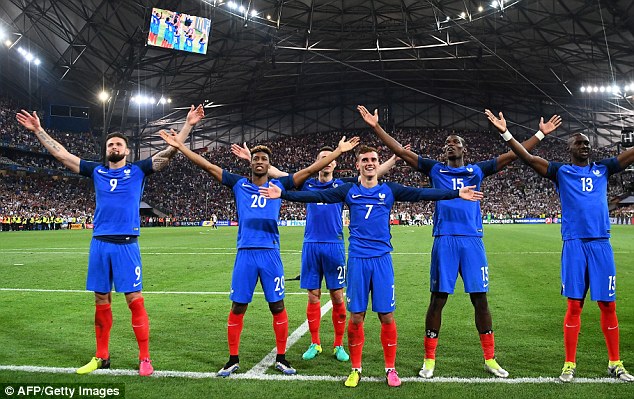 Today there are a number of major sporting events happening- making up for a fantastic day of sport. Most notably is the Euro 2016 final and the Wimbledon final.

Today will go down as a historic day in sporting history as a number of major events come to a conclusion all on one day. Today France will battle with Portugal for the European crown at Euro 2016, Andy Murray will fight to win his second ever Wimbledon title, Lewis Hamilton will be going for another win at Silverstone and relentless cyclists will be powering themselves through one of the toughest stages of the Tour De France.

Here is our rundown on today’s events: 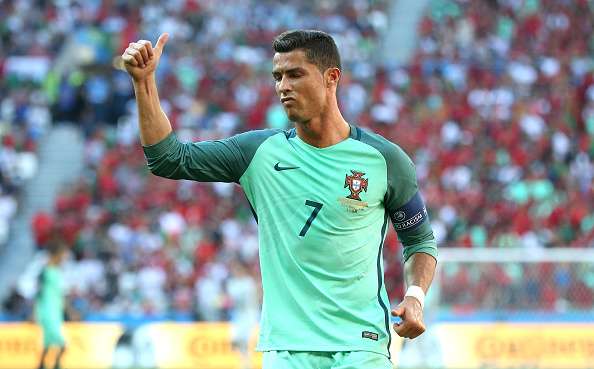 This evening in Paris, France will be hoping to bring back the Euro trophy after a successful campaign on home soil. The fans will certainly be behind them, possibly powering them onto a victory.

France are very large favourites in this final against Portugal- the odds are very much in their favour. Although France have often looked shaky at the back- however if Umtiti (yes that’s his name) has a good, solid game in the centre of defence- France will surely be too strong at the back for Portugal to break down.

Portugal, the underdog, are being widely tipped to let France have an easy ride to the trophy. But Portugal should not be underestimated, after all they do have Cristiano Ronaldo- arguably the best player in the world.

Portugal are also yet to lose a game- and they won’t want to start losing now! Portugal have a wealth of talent within their squad (Pepe, Sanches, Queresma to name a few) and if they all click in this game they could be a formidable force against a weak France back four.

Ronaldo will be hoping to win this Euro final after his previous one when, at the age of 18, he lost to Greece in 2004.

Andy Murray, one of Britain’s most underrated sportsmen, will be going for is second Wimbledon title this afternoon against the Canadian, Milos Raonic.

Murray, now 29 years of age, has had a very strong year while Raonic has been going from strength to strength, moving up in the Rankings throughout the year. Murray is widely tipped to win the game, he is the higher seed (No. 2 compared to No.6 in the world). The Scotsman beat Berdych in the Semi’s while Raonic beat 7 time champion Federer in a long, hard-fought game.

Raonic has the potential to beat Murray, however his inexperience may prove to be a major disadvantage when playing the experienced, talented Murray.

If Murray wins this game he will hopefully become known as one of Britain’s greatest ever sportsmen after winning two Wimbledon titles in Tennis’ golden era. 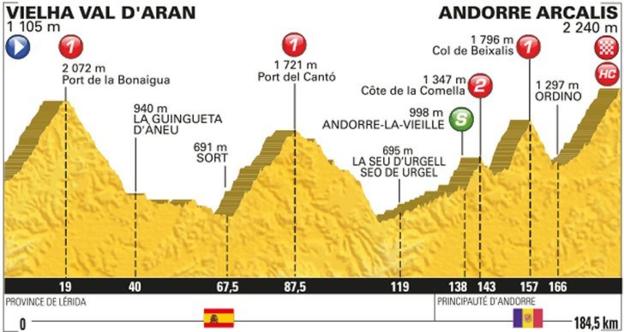 Today is a very mountainous stage in the Tour De France, it is definitely one for the General Classification riders.

The giant mountains on today’s stage will separate the men from the boys- The GC riders, who are yet to make any major moves, will be looking to gain time on each other across the mountains, which begin as soon as the stage starts.

The Tour has been truly amazing for British riders so far, with Cavendish winning sprints, Cummings winning a mountainous stage and Froome looking ready for any challenges to come.

Froome has the chance to extend his lead once again in the overall standings. However other GC riders, such as Quintana, Valverde, Aru, Bardet and Van Garderen will also be hoping to get a stage victory, or take time of off Froome.

This stage will be a major turning point in this year’s Tour, we will finally see all the GC contenders have a true battle.

On pole position for this race is Lewis Hamilton, who finished in-front of his team-mate Nico Rosberg. Lewis Hamilton will be going for his fourth British Grand Prix victory- which would be an amazing achievement for the Brit.

The two favourites to win the race, Hamilton and Rosberg, are Mercedes team-mates however they are also two of the biggest rivals in F1. This has caused a lot of tension between them and even lead to a crash between the two in the last Grand Prix

Verstappen, the young Dutch rider from Red Bull, will be looking to have an impact on the race also after qualifying in third place behind the two Mercedes drivers. He is in good form after becoming the youngest ever driver to win a Formula 1 race this year and he also finished second in the previous Grand Prix.