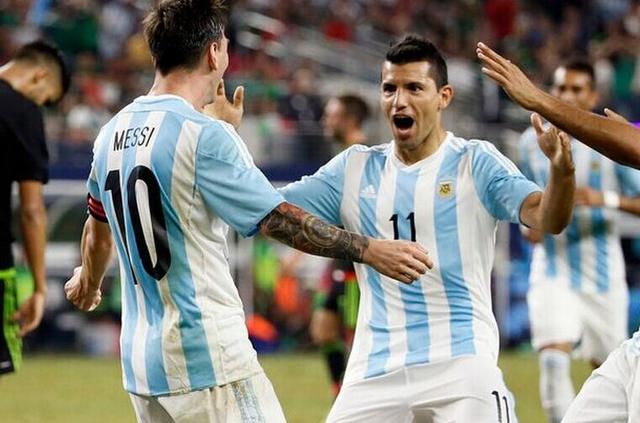 With the official opening of the transfer window quickly opening, we can expect some big money moves this summer. This list will show you who to keep an eye out for.

The striker from Gabon has attracted plenty of attention this summer, with clubs such as Manchester City, Atlético Madrid and Real Madrid all reported to be interested in the striker.

With 25 goals in 31 games, the lightning quick Borussia Dortmund man has shown his natural ability in front of goal.

Although Borussia Dortmund are unwilling to sell, with İlkay Gündoğan already having moved to Manchester City and Henrikh Mkhitaryan set to complete his move to Manchester United, Dortmund will be desperate to hang onto their star man.

Recently Aubameyang has spoken of his willingness to stay at the Bundesliga club, but previously he admitted that his dream would be to play at Real Madrid, so it’s hard to see him staying if an attractive offer is sent by the Madrid giants.

The Lyon striker from France has been the subject of transfer rumors for the past two years, but now it looks like he may finally be moving, with Arsenal, West Ham and Paris Saint-Germain all interested in the talented striker.

Scoring 21 goals in 34 games for Lyon this season in Ligue 1, he has proven his value, is seems set to move.

In recent years Lacazette has shown his loyalty to Lyon, and has not requested a transfer, but a big offer might tempt him elsewhere. Although Lyon have been reluctant to sell the Frenchman, with them already having turned down an offer from West Ham in the region of £40 million, they would struggle to hold onto their key man when bigger clubs start bidding.

Romelu Lukaku has arguably been one of the best strikers in the Premier League this season, even though he experienced some dry spells and was subject to some scrutiny, the Belgium and Everton has been linked with a stunning £50 million move.

Lukaku has scored 18 goals in 36 appearances in the Premier League this season, a statistic that puts him near the top of the golden boot list.

Now only 2 seasons on from his permanent move to Everton he has been linked back to his old club, Chelsea as well as with Arsenal, Manchester United and Juventus. Everton are willing to hold out for an offer of £50 million or more, with the likes of Arsenal unwilling to pay such a price tag. Although it is reported that Lukaku is pushing for a move to the Gunners, so Everton might yet have to settle for less than their evaluation.

Paul Pogba is regarded as one of the best players in the world, after earning his place in the FIFA XI this year, but at the age of 23, he has the ability to become the best in history.

Since leaving Manchester United 5 years Pogba has been linked with a big money move to the richest clubs in Europe, and this year it seems that Juventus are willing to cash out of the midfielder after large interest from some of the richest clubs in the world, including Real Madrid, Barcelona and Manchester United.  With Juventus holding out for a bid in the region of £100 million, we may see the biggest transfer record for a long time.

This season Pogba has scored 8 goals and provided 12 assists, showing he is a valuable asset to almost any club.

Neymar Jr. has proven himself to be one of the best in the world in his previous 3 seasons at Barcelona, and at the age of 24, he is significantly younger than Ronaldo and Messi.  Showing that he has to be the potential to be the best footballer in history.

Neymar has provided 24 goals and 12 assists in just 34 games, helping to create the most feared strike force in modern football.  Although Barcelona won’t let Neymar go for anything less than his buyout clause of £170 million, meaning that very few clubs will be able to afford him.

Those interested include Manchester United and Paris Saint-Germain, but it may be hard to tempt Neymar away from Barcelona as he is said to be happy with life at the club and is aiming to become their star man.

Although Neymar Jr. may be forced to move abroad, as he is currently being investigated for tax fraud.  If he is wishing to avoid criminal charges Neymar might have to part ways with his strike partners.

FC Barcelona may be loosing two of their star players this summer.  Messi may also be pushing for a move away, after spending 12 years with the Spanish giants Messi is supposedly looking for a new challenge abroad and could be looking to re-unite with previous boss Pep Guardiola at Manchester City.

Other clubs are also interested in the Argentinian winger, including Manchester United and Paris Saint-Germain, with few clubs being able to afford his transfer record price and wages it seems only the richest will be able to secure a transfer for Messi.

This season Messi has shown he is currently the world’s best player securing another FIFA Ballon d’Or, and scoring 26 goals and assisting with 16 in just 31 appearances.  Messi could become the most expensive transfer in history, but wherever Messi goes it is certain that he will still prove he is the best.